Between 1 and 10% of adults have some form of thyroid dysfunction. If you suspect there is a problem with your thyroid, your doctor will likely order a TSH test. Thyroid disorders such as hypothyroidism, hyperthyroidism, Hashimoto’s and Grave’s disease are usually diagnosed as a result of an abnormal TSH test. However, TSH levels are not the sole indicator of thyroid function. 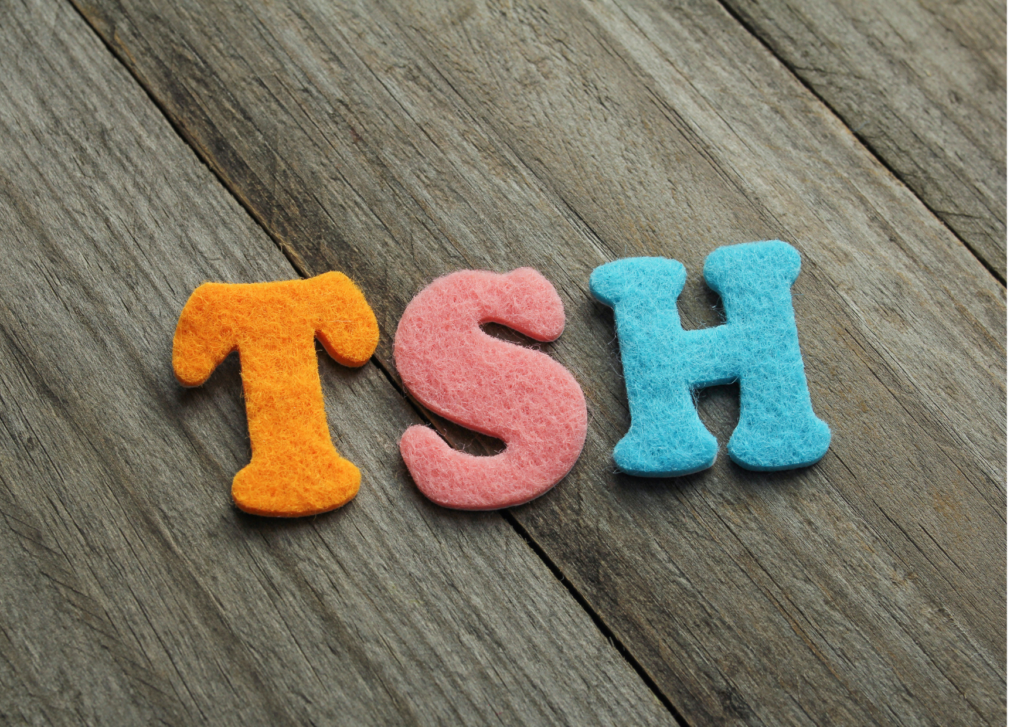 TSH is short for thyroid stimulating hormone. TSH tests are often used as the only tool to evaluate thyroid levels and diagnose thyroid disease. While TSH levels can be an indicator of thyroid imbalances, it’s only part of the equation. The thyroid and TSH don’t work alone to keep your thyroid function balanced.

This constant conversation between the hypothalamus, pituitary, and thyroid glands is called HPT-axis. The HPT-axis is closely connected to every other hormone-producing part of the body, such as the adrenals, ovaries, and testes.

Understanding the role TSH plays with other glands and hormones, it’s clear that a TSH test isn’t the only indicator of thyroid health.

What is a TSH test and what does it mean?​ 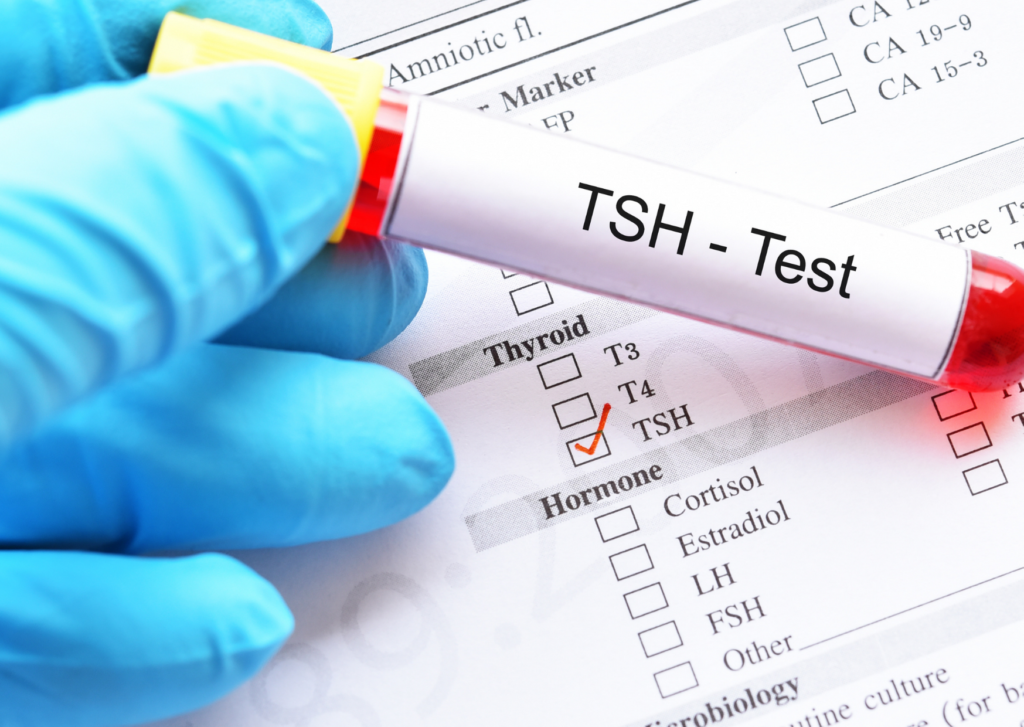 Depending on the lab,the TSH normal range is 0.3-5.5 microunits/milliliter. Given the feedback mechanism at play with the HPT axis described above, a TSH lab test indicates whether the pituitary gland is telling the thyroid to efficiently produce T3 and T4, and whether the thyroid gland is appropriately producing T3 and T4. However, the TSH test won’t show whether the thyroid is responding properly to TSH (by making an appropropriate amount of T3 and T4) or whether conversion from T4 (the inactive form of thyroid hormone) to T3 (the active form) is occuring. Many people have normal TSH levels but still have hyperthyroid or hypothyroid symptoms.

When a thyroid blood test shows that TSH levels are within the “normal” range, a doctor will likely tell you that there is no thyroid dysfunction at all. 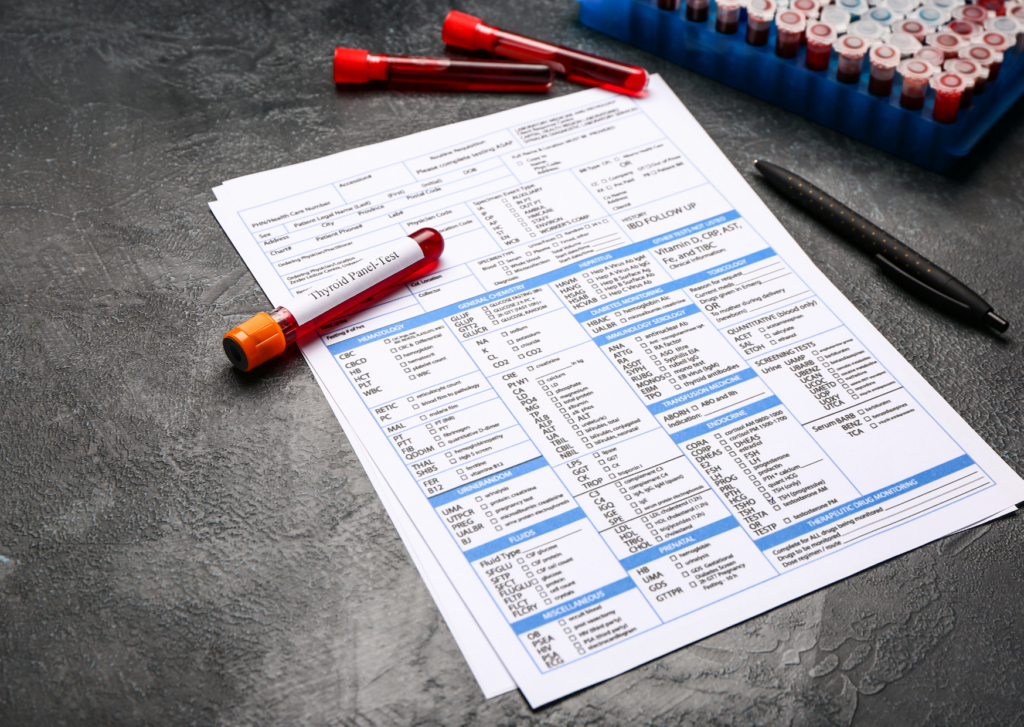 A more comprehensive evaluation of thyroid function would be to test T3 and T4 levels along with TSH.Knowing how much T3 is present can uncover opportunities to treat a sluggish thyroid that would not be detectable with just a TSH test.

An abnormal T4 and/or T3 test would explain why so many patients experience troublesome symptoms such as fatigue, menstrual irregularities, and digestive issues, despite having a normal TSH.

Since the thyroid is working in harmony with all the other body systems, there are additional tests that indicate thyroid dysfunction. Functional medicine doctors may run any of the following tests to address thyroid-related symptoms:

Ready to get to the bottom of your thyroid symptoms? Book an appointment with one of our functional medicine providers today.

See How We Approach Thyroid Health

This website uses cookies to improve your experience while you navigate through the website. Out of these cookies, the cookies that are categorized as necessary are stored on your browser as they are essential for the working of basic functionalities of the website. We also use third-party cookies that help us analyze and understand how you use this website. These cookies will be stored in your browser only with your consent. You also have the option to opt-out of these cookies. But opting out of some of these cookies may have an effect on your browsing experience.
Necessary Always Enabled
Necessary cookies are absolutely essential for the website to function properly. This category only includes cookies that ensures basic functionalities and security features of the website. These cookies do not store any personal information.
Non-necessary
Any cookies that may not be particularly necessary for the website to function and is used specifically to collect user personal data via analytics, ads, other embedded contents are termed as non-necessary cookies. It is mandatory to procure user consent prior to running these cookies on your website.
SAVE & ACCEPT
©2021 Vytal Health LLC