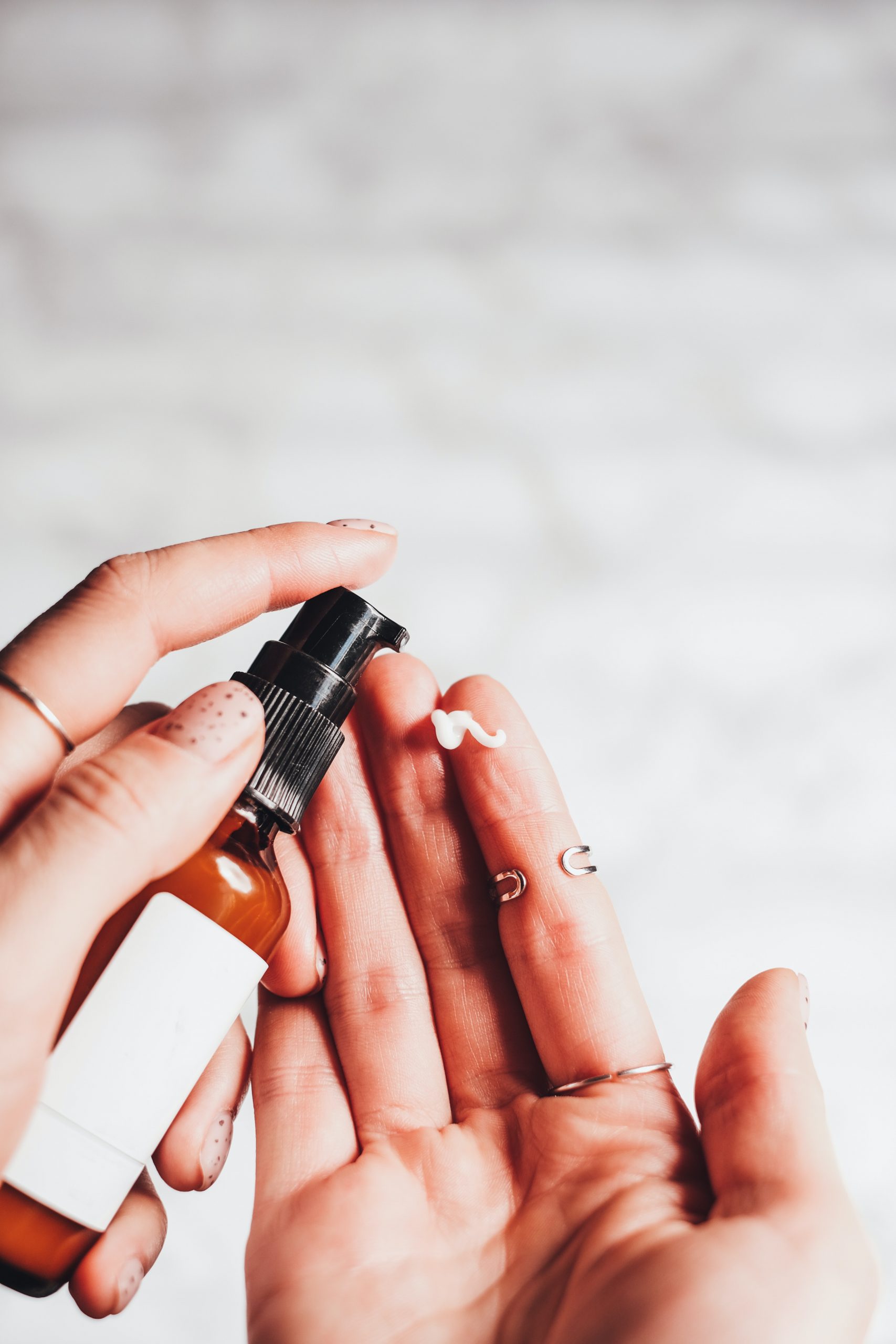 Poor gut health can lead to poor skin health. While it may seem unbelievable, the truth is that there is a strong correlation between what’s going on in your inner world and how it’s showing up in your outer world. To help change things, today we’re going to cover how constipation and acne go hand-in-hand and ways to decrease acne via improved gut health. Ready to learn more? Read on.

First things first: What is constipation?

Sure, you’ve likely experienced constipation at some point in time (in fact, it’s the most frequent gastrointestinal ailment, with 2.5 million visits to the doctor each year!) However, it’s safe to say that little thought was given to what was going on internally to cause the discomfort.

Yet, the key to treating constipation, and improving gut health for acne, is knowing how it occurs in the first place.

That said, let’s get technical.

Constipation, by definition, is having less than 3 bowel movements per week. One cause is poor absorption of water internally. What does that mean exactly? Essentially your colon soaks up more water than it should from your stool, which dries it out, making it harder than normal and leads to difficulties excreting it. Another cause appears to be related to the nerves of the colon not allowing for proper forward motion of the stool. We’re just beginning to understand this issue in people with chronic constipation.

In effect, your body is unable to eliminate waste as efficiently as it should. It’s not uncommon to have constipation every now and then, but if you’ve had it for more than three months, it’s considered chronic. As a result, you’re more likely to experience problems, such as constipation-related acne outbreaks.

There are many side effects of constipation. From potential bleeding due to straining of the rectum, to weight gain, poor immunity, and yes, acne and skin breakouts.

How does constipation cause acne?

While it may seem strange, the digestive system has a significant impact on our skin, particularly when it comes to acne. The digestive system is one of the primary ways our bodies remove toxins, and it is jeopardized when we are constipated (since things get, well, backed up and sit around a little too long).

Constipation and acne are frequently indications of two underlying causes: inadequate detoxification within the body, and poor gut health via beneficial bacteria, otherwise known as the microbiome.

While your liver conducts the majority of detoxification for your body, bowel movements are critical in pushing out the rest by pooping (along with sweating and urinating). When this doesn’t happen regularly, as in the case of constipation, the toxins remain in your body, causing complications like acne.

On top of poor toxin regulation, another reason for constipation side effects like acne stems from poor gut health. The benefits of a balance of beneficial bacteria, or microbiome, is just beginning to be understood, but we do know that they play an important part in the health of our GI tract in general, allowing it function optimally  When there are too few or too many bacteria in the colon, this results in a disturbed ecosystem that may increase  inflammation. As you might guess, a primary cause of acne is inflammation, and viola! You can see how the state of your gut’s bacterial health can lead to those pesky pimples you see.

So, what can you do to solve this acne-gut health issue?

Luckily, there are a handful of solutions that can help and none of them are that intensive. Small lifestyle changes and healthy living choices will steer you in the right direction! You just have to help ease constipation and acne will subside in time.

Here are 3 tried-and-true solutions to start with:

Remember how we just said that an unbalanced gut microbiome may play a role in acne? Regulating your gut bacteria is a wonderful first step toward better skin!

Probiotics are beneficial microorganisms found in the digestive tract. These bacteria may be found in a variety of foods, including yogurt and other fermented foods, as well as supplements. They help to restore your gut microbiome by renewing your supply of beneficial bacteria and drive away the harmful bacteria that may be  there.

Prebiotics are nutrients that support the health of the microbiome. Great sources include bananas, artichokes, flaxseed, and other forms of soluble and insoluble fiber. Providing the microbiome with what it needs to be healthy allows them to thrive, improving the gut ecosystem.

Since the gut is connected to your brain (like the skin!), it’s important to find strategies that minimize stress and help your gut health in the long run. After all, stress raises cortisol levels which puts our bodies in a fight-or-flight response and triggers all sorts of complications; acne and constipation included.

While we can’t entirely eliminate stress from our lives, we can certainly reduce it. Deep breathing, yoga, spending time in nature, and meditation are just a few suggestions for cultivating less stress in our lives.

Making dietary adjustments can have a significant impact on the look of your skin. Reducing or eliminating refined sugar, alcohol, and processed meals will help your gut recover and restore your health microbiome. A diet rich with whole foods (aka foods in their original condition) is your greatest option for general health.

Add in plenty of fiber-based foods, like oatmeal, to help make your stool easier to pass. This will alleviate the risk of toxins staying in your colon for too long.  To us, this is the simplest fix for those suffering from acne and constipation!

If you’re  struggling with side effects of constipation and need help, you’re in luck! Our team of gut health experts are readily available. Connect with a gut health doctor here.

This website uses cookies to improve your experience while you navigate through the website. Out of these cookies, the cookies that are categorized as necessary are stored on your browser as they are essential for the working of basic functionalities of the website. We also use third-party cookies that help us analyze and understand how you use this website. These cookies will be stored in your browser only with your consent. You also have the option to opt-out of these cookies. But opting out of some of these cookies may have an effect on your browsing experience.
Necessary Always Enabled
Necessary cookies are absolutely essential for the website to function properly. This category only includes cookies that ensures basic functionalities and security features of the website. These cookies do not store any personal information.
Non-necessary
Any cookies that may not be particularly necessary for the website to function and is used specifically to collect user personal data via analytics, ads, other embedded contents are termed as non-necessary cookies. It is mandatory to procure user consent prior to running these cookies on your website.
SAVE & ACCEPT
©2021 Vytal Health LLC