How Functional Medicine Can Help with Hormonal Imbalance 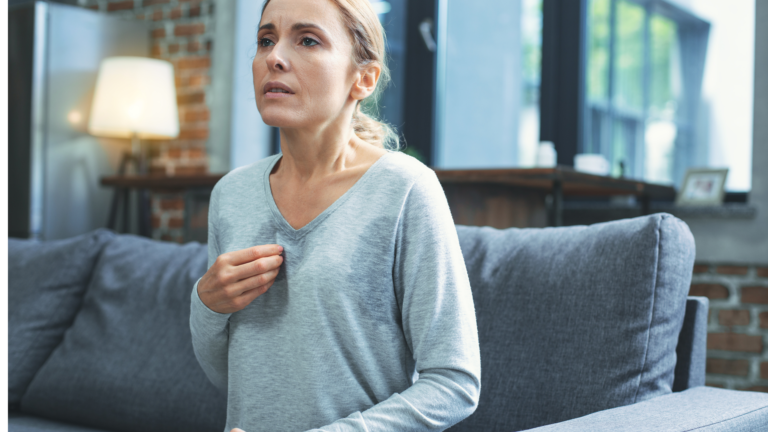 For women especially, so much of how we feel and look our best has to do with our hormones. No matter what stage of life we are in, those small yet powerful chemicals have such a strong influence on our energy, sleep, vitality, and sense of well-being. And of course the opposite is also true: when our hormones are out-of-whack, we feel out-of-whack, too.

In this newsletter, we’re sharing a presentation on all things hormonal imbalance: what the symptoms are, how to evaluate the imbalance, and how we treat these problems in women. For many of you, this may not be brand new information, but hopefully you’ll have some “ah-ha” moments that may help you fine-tune your approach to hormonal health. And, if you know anyone who you think might benefit from this information, please feel free to share it with them.

Menstrual Mapping. While there are apps to track your period and tests to check ovulation, so much of what women experience as hormonal imbalance happens “behind the scenes”, that is in the day-to-day fluctuations in estrogen and progesterone.

Thankfully there is a simple way to track your estrogen and progesterone levels daily as well as determine when ovulation is happening. Done at home from urine, Menstrual Mapping offers women who cycle the opportunity to see how their hormones are behaving (or not behaving!), and directly understand where imbalances might be responsible for troubling symptoms.

The test kit includes absorptive papers which capture hormone metabolites from a urine sample obtained every other day. At the end of the month, these papers are sent to the lab and the menstrual cycle can be mapped from the results.

Vitex, which is the name of the largest genus in the Verbenaceae plant family, includes 250 species worldwide. Vitex agnus-castus is the most common vitex used medicinally. The Vitex agnus-castus fruit, also known as chasteberry or monk’s pepper, is about the size of a peppercorn. It’s produced by the chaste tree, which acquired its name because its fruit was likely used to decrease men’s libido during the Middle Ages.

This fruit — as well as other parts of the plant — are typically used as an herbal remedy to treat a variety of ailments. For example, Vitex agnus-castus is used to treat:

One of the most popular and well-researched attributes of Vitex agnus-castus is its ability to reduce symptoms of PMS.

Researchers believe that vitex works by decreasing levels of the hormone prolactin. This helps rebalance other hormones, including estrogen and progesterone — thus reducing PMS symptoms (4).

In one study, women with PMS took Vitex agnus-castus during three consecutive menstrual cycles. In total, 93 percent of those given vitex reported a decrease in PMS symptoms, including:

In two smaller studies, women with PMS were given 20 mg of Vitex agnus-castus per day or a placebo for three menstrual cycles.

Twice as many women in the vitex group reported a decrease in symptoms including irritability, mood swings, headaches and breast fullness, compared to those given the placebo.

Vitex agnus-castus also appears to help reduce cyclic mastalgia, a type of breast pain linked to menstruation. Research suggests that it may be as effective as common drug treatment — but with far fewer side effects.

Vitex can be helpful in balancing the fluctuating hormone levels associated with the perimenopausal phase. By changing prolactin levels, it can successfully raise progesterone levels in women who are deficient, particularly in the last two weeks of their cycle.

The same mechanism seems to be true of certain women with infertility. In women with luteal phase defect, or a shortened second half of the menstrual cycle, use of vitex can help support higher progesterone levels in the luteal phase, increasing the likelihood of successful implantation.

Chaste berry is typically dosed 225-500 mg daily during the second half of the menstrual cycle, but it can also be taken daily. Side effects are generally mild and involve stomach upset, nausea, or rashes. Because of its impact on hormones, chaste berry can interact with hormone replacement therapy or birth control pills, so it is important to discuss the use of chaste berry with your Vytal Health physician before starting this supplement if you are taking any prescribed hormones.

Any cookies that may not be particularly necessary for the website to function and is used specifically to collect user personal data via analytics, ads, other embedded contents are termed as non-necessary cookies. It is mandatory to procure user consent prior to running these cookies on your website.